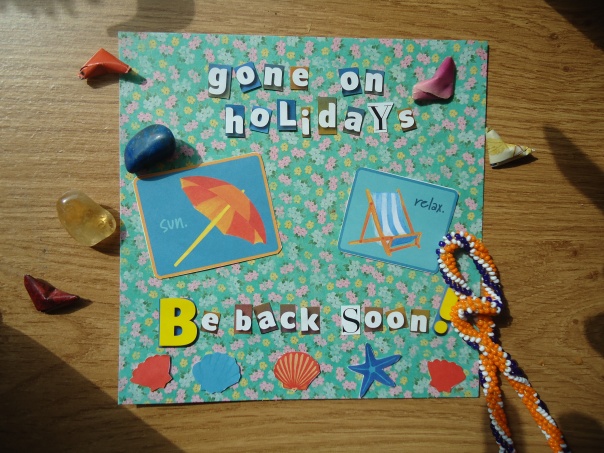 Hi there, thanks for stopping by! I’m going on holidays for a week to dive into the wonder that is Hong Kong.

In the meantime, the blog will be on holidays too. But there is plenty of things to see and do around here. While the sun lasts why not try making Hungarian Lemonade or Strawberry Basil Lemonade both are very refreshing an taste like Summer is here to stay (whether the weather agrees or not).

If you are feeling in need of a bit of Zen, now might be the time to try meditation. There is a series on Balancing the Chakras or this easy Movement meditation that will restore you well-being almost effortlessly. Movement meditations are my favourites, mainly because I struggle to keep my mind quiet while my body is quiet also.

See you soon and thanks for reading!

Hi! I must apologize, because I’ve been gone for a couple of weeks, or it feels like that at least. It is not that I had forgotten about the blog, but rather that I’ve been concentrating all my energies in finishing my third book. This one is the most complex of them all, and it has required the most research and a lot more creativity to put together.

It is a 30 day plan, and as such, it has a different exercise for each day, during a period of 30 days. This means that I have been working hard on creating mandalas, visualizations, meditations and even recipes, which are original and tailored to the book. 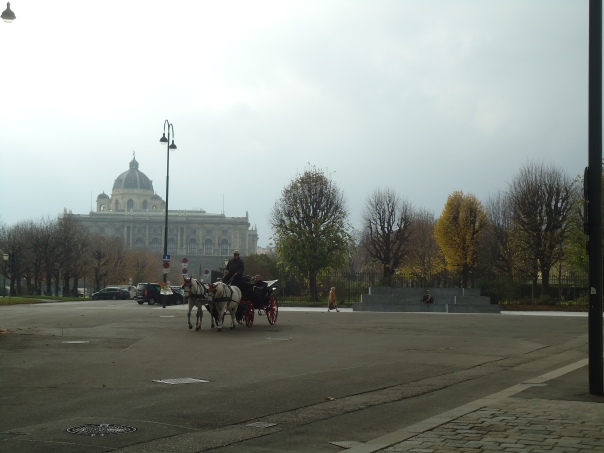 Last weekend, however, I took a little break and went to visit the Christmas Markets in Vienna. I had never been to Vienna before, despite wanting to ever since I saw Before Sunrise, many years ago, when I was still a teenager and Ethan Hawke was my celebrity crush.

A lot of time has gone by, but I still wanted to wander those streets and sail the Danube. To my old dream, I added new wishes: to eat Sacher-torte at the Sacher Hotel, to visit the Christmas Markets and eat street food, to breath in a city that has housed Strauss, Mozart, Freud and so many other great names. 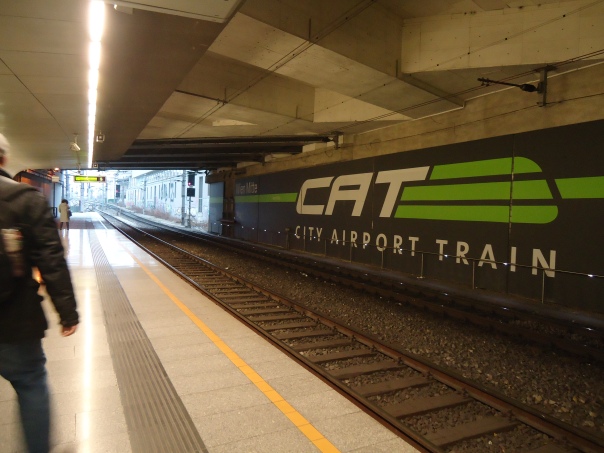 If you’ve never been to Vienna and would like to visit all I can say, is that is is a completely amazing place. It is also super easy to get from the airport to the city centre, the CAT will take you in 16 minutes and charge you only 12 euros for a single trip or 19 for a return ticket.

The train will leave you at Wien Mitte train station from where you can get the underground to most parts of the city, which is rather small, so once in the city, you’ll be able to walk to most places.

What we did, mainly, was walk around and eat a lot of market stall food. It was a great weekend!! Here are some of the food and drink you can expect at the Christmas Markets…

Langos: a deep-fried flat bread, traditional from Hungary where it is served with sour cream and cheese, but in Vienna, they smeared it in garlic butter. Don’t be put off by the thought of smelling like garlic, you won’t. Be careful because it is burning hot when they give it to you, but eat fast, as it gets cold soon. It is crunchy in some parts and soft in others. Delicious!

Tiroler Grostl: Potatoes, onion, bacon, fennel seeds, all nicely roasted. Hearty and very filling! Get it at the Tyrolean Hut… 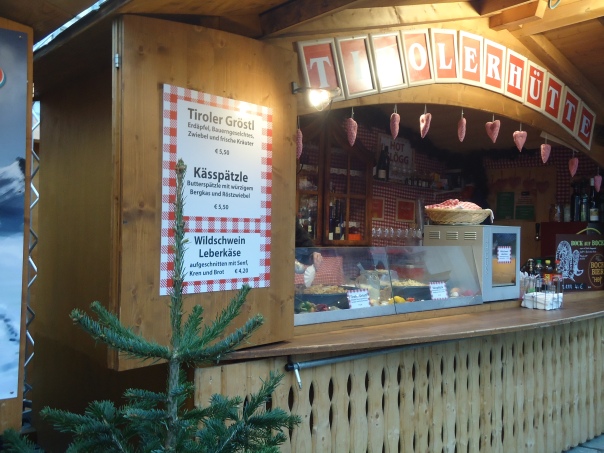 Or for something sweet… 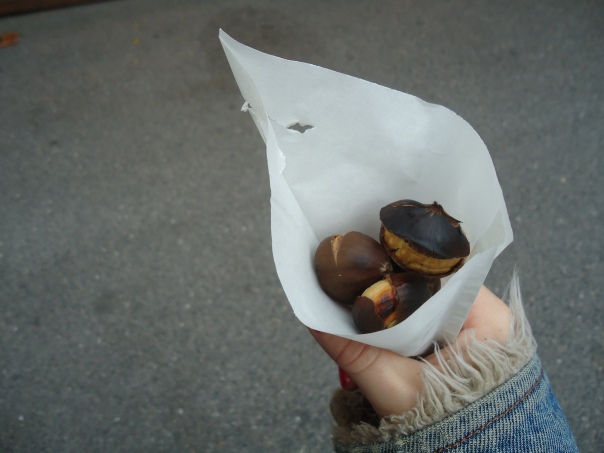 Maroni: Roasted Chestnuts. It was the first time I had them, and to me, they tasted sweet, nutty and had the texture of a white bean (not the flavour, mind, just the texture).

Berliners: Like beignets, soft, sweet and filled with nougat, vanilla cream, maroni cream, chocolate cream.  They came in all flavours and shapes. 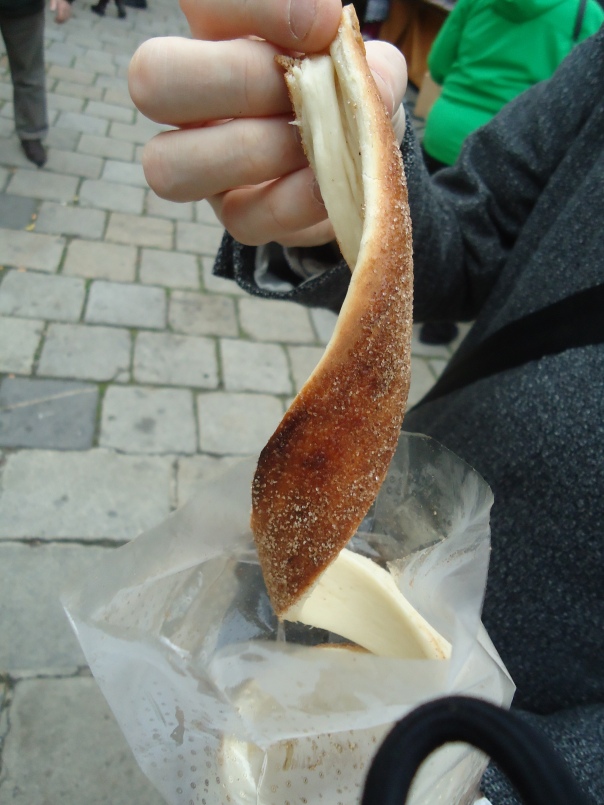 Kürtőskalács: Or Chimney cakes. They are a sweet, crunchy, fluffy, irresistible pastry or bread. It can be dipped in cinnamon, vanilla, chocolate or nut sugar. They are made fresh, so they are always warm when you eat them. 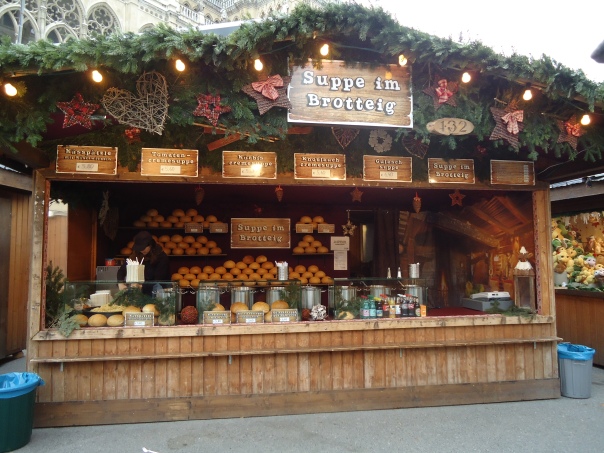 Suppe im Brotteig: Soup served in a hollowed bread. The flavours are many and all tasty: Goulash, Tomato, Pumpkin, Garlic… Yum!

Gluhwein: A classic of the Markets, this spiced wine will surely keep you warm. Made out of red wine and spices, such as clove, cinnamon and ginger. 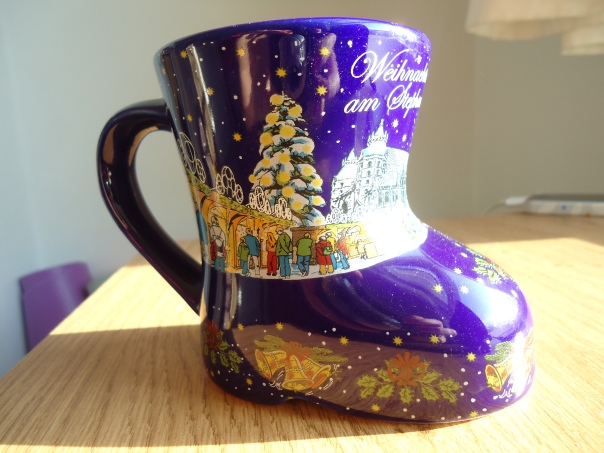 Gluhwein is served in cute mugs. Each market has its own design and you can collect them all and  keep them as souvenirs from your trip. The one above is the one we got at Stephansplatz Market. 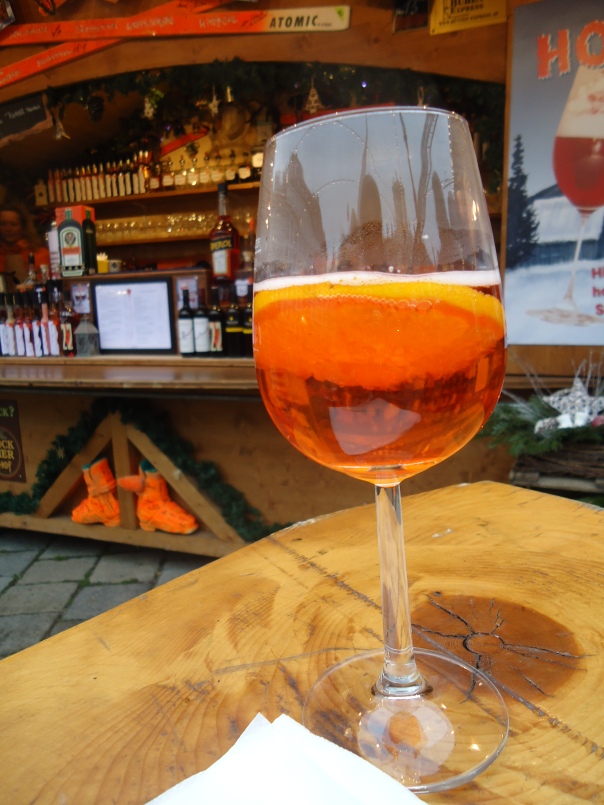 Hot Aperol.  My favourite drink so far: Aperol and hot prosecco. The heat intensifies the Aperol’s orange flavour and makes the prosecco sweeter. It can also be topped with cream. 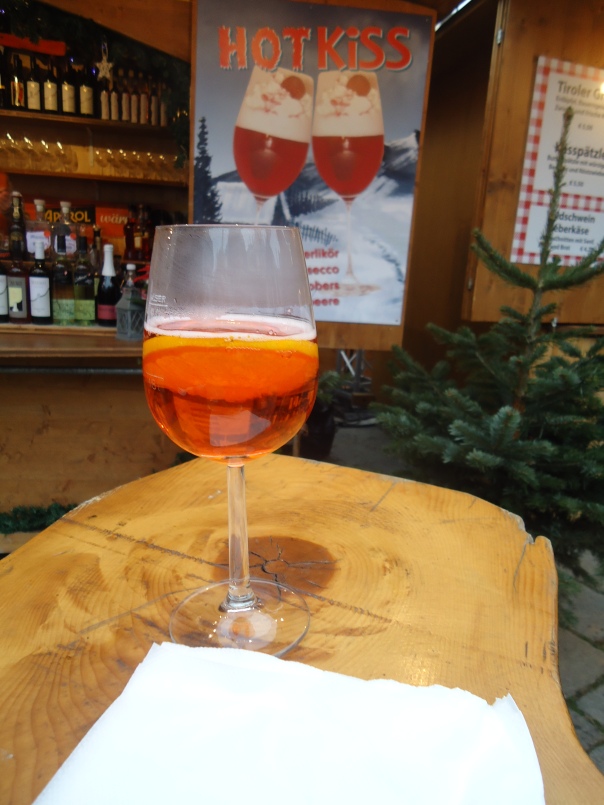 Hot Kiss: Raspberry liquor,  hot prosecco, cream and a raspberry to top. I’ve no real photo of this drink, only the one in the poster behind my Hot Aperol.

And finally, though not at the Christmas Markets… The famous Sachertorte: A dense chocolate cake with a layer of apricot jam, coated with a dark chocolate icing… 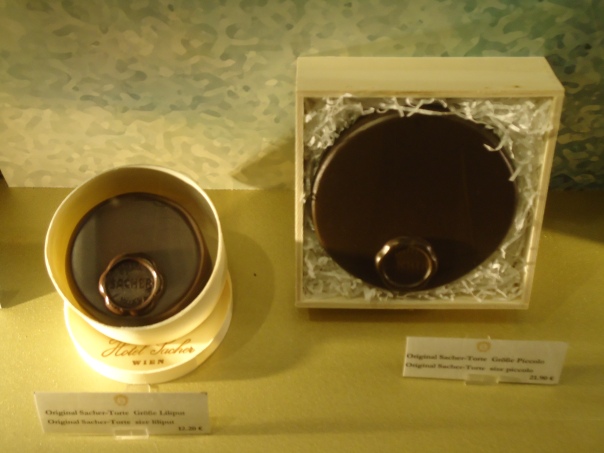 Invented by Austrian Franz Sacher in 1832 for Prince Wenzel von Metternich in Vienna. It is one of the most famous Viennese specialities: 5 December is National Sachertorte Day.